Two years before his death, in 1990, John Barnes, past Headmaster of Earnseat School and owner of its associated  properties, proposed the setting up of a Charitable Trust to manage a potential bequest of the majority of the school's estates in Arnside. He set about finding members of the community, who would join his Executors, as trustees to administer and manage the properties. John Barnes took great care in selecting his potential trustees so as to ensure that his own environmental interests, as well as the interests of the community, would be fostered following his demise and accordingly a Trust was set up comprising 3 executors and 7 village residents.

This very generous bequest did not include any actual money, though provision had been made for the sale of assets if necessary. The principal asset, Ashmeadow House, a listed building, sadly fell into disrepair during the 1990's due to various factors presenting a singular challenge to the Trust.

Then early in 2002 the Executors, still owners of the estate, were approached by the Arnside (Abbeyfield) Society about possible purchase of Ashmeadow House and its garden to create a new Abbeyfield. The sale of Ashmeadow House to Abbeyfield in late 2003 had a twofold outcome, the new owners of the house were able to substantially refurbish and revitalise the building and the Trust were able to benefit from half of any interest which accrued on the capital from the sale.

In addition to property, the bequest involved the estate surrounding Ashmeadow House and in 1998 the Executors 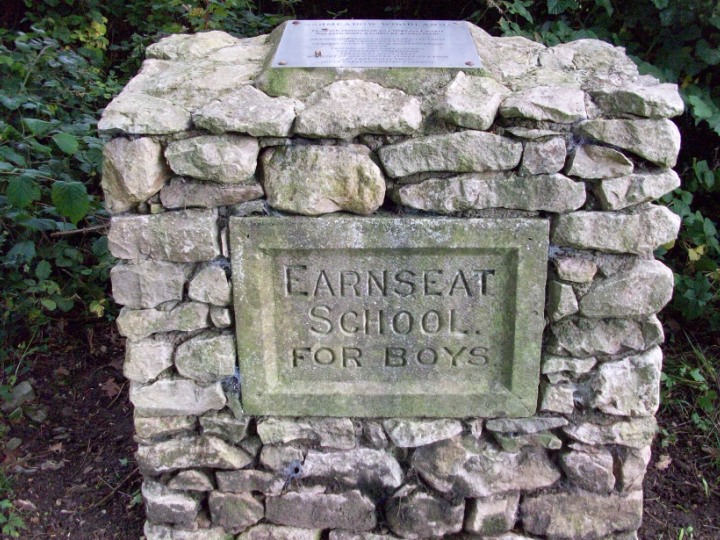 gave licence for the Trust to manage the woodlands, orchards, walled garden and cottage in the area to the south of the house which has proved successful due to the availability of several grants. The Trust have been able to improve access, particularly for disabled visitors, provide seats and continue with a programme of wildflower planting in the walled garden. The allotments at one end of the Walled Garden are all rented out. There is a waiting list and anyone interested in going on that should get further details from the Walled Garden and Allotment page on the website (see links on the left).

The Trust has recently leased Crossfield Wood from the Woodland Trust. This small patch of woodland is directly across the Slipway from Ashmeadow and will be managed by the Trust in the same way as the main woodland.

The Trust is fortunate in having help from the AONB volunteers at certain times of year. Also we have, since the sale of Ashmeadow House, been able to employ a contractor to do some of the maintenance, mow the orchards at the right time to encourage the spring flowers, and keep the footpaths clear etc. Specialist tree surgeons are brought in when large trees have to be removed for safety, either because they have been damaged by storms of become diseased.

Now that the capital sum has been released, the Trustees will continue to work to maintain the woodlands and also to start a series of grants to the village. These grants will have to come out of the interest on the capital sum.

The Trust's chairman is Andy Pringle. The trust now has ten trustees who will work together to maintain and enhance, where possible, this valuable village amenity and continue to ensure that the aim of John Barnes' objectives is never forgotten.

While the work is shared by all the Trustees, most have a specific role/area of interest, given in brackets below. Decisions are taken by the Trustees as a body.

Christine Youdale: (The bird boxes in the woodlands).

Others involved with the Trust: